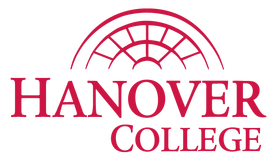 Bachelor of Arts in Psychology with a minor in Art History, 2012

Psychology at Hanover is treated as a hard science, with rigorous attention to research methods and many courses that had required lab components. To graduate with a degree in Psychology, I passed a comprehensive evaluation of my knowledge of the field, and wrote and presented a Thesis at the Butler Undergraduate Research Conference.
The Class of 2012 Psychology Department on the day of our presentations at Butler.

Art History was a passion that completely surprised me. I took one Art History class and I was hooked, even though I'd come to Hanover expecting to have Psychology be my only academic love. My classes in Art History took me to Columbus, Indiana, to admire their 20th century architecture, and to the Cincinnati Art Museum to view exhibitions of Monet's lilies and Nick Cave's Soundsuits. They also left me longing to visit places like Angkor Wat as I sat in starry-eyed wonder in my many Eastern Art History classes.

Art History is my one regret from Hanover College -- I wish I had discovered my love for it early enough to double major!

All four years at Hanover, I worked in the Theatre department on a work-study scholarship. I initially moved from department to department as a rover, trying out different tasks, but by my second semester at Hanover I had shown aptitude in the Costume Department and was installed there permanently. By junior year, I was Costume Shop First Hand, running the shop with the Costume Shop Supervisor. We assisted designers with construction and design of costumes, and trained any newcomers.

If something could be considered geeky or nerdy, I was probably a part of it. Anime Club, Science Fiction & Fantasy Club, and Tabletop Club took up a considerable part of my weeks. Freshman year, I was elected Vice President of Anime Club for the following year. By junior year, I was President of Anime Club, Treasurer of the Science Fiction & Fantasy Club, and had been representing one or both of them in Student Senate since my sophomore year.

As Anime Club President, I also organized a very involved, weekend-long event called Geek-a-thon. We took over a building on campus and ran what amounted to a mini-convention that went through the night and for two days. We invited many other clubs on campus to run programs within the event, and in 2012 won the award from Student Activities for collaboration among clubs.